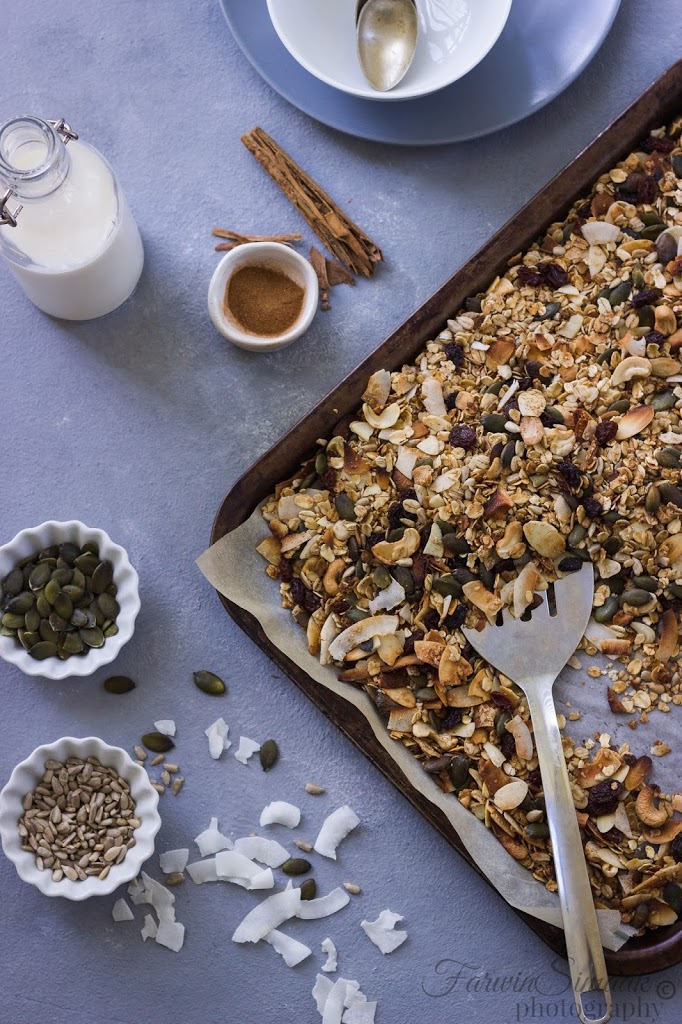 It feels good to be back in this space after a long hiatus.  I was away from the blog and social media enjoying a much needed break.  I had taken a break from my studies too. ”What did she do? ” you may wonder. I read. Yes, a lot. I would go to my local library and bring as many books as I can carry. Fiction, Non- Fiction, Cookbooks. I read from morning to night. We each have different ways of relaxing,recouping. For me, it’s reading that does it. It’s theurapetic. I may not remember most of what I read now, nor I had the slightest idea to record the books I read. It’s the moments that mattered to me. The feeling that you get when you do what you enjoy, a time well spent.

I didn’t experiment much in the food front. I stuck to my comfy foods, foods that I know won’t cause me any insensitivies. But for some time now, I’ve been coming out of my comfort zone and trying different foods. Like the Hazelnut Bread recipe from ”The Ketogenic Kitchen” by Domini Kemp and Patricia Daly. The recipe for that will be coming soon. And this Granola. I should say that I’ve never been a ganola fan. Even when my husband was gorging on store-bought chocolate granola I stayed away. One reason was I couldn’t stomach the oats in it. And granola with milk didn’t appeal to me.

Recently I had to buy some granola for a photo shoot. I bought a packet of  gluten free Cashew and Cinnamon granola. The granola bowl started off with greek yogurt in the bottom, topped with blueberry sauce, next came a layer of granola, finishing off with frozen berries. This granola was so pretty I had to have it after the shoot. It was a flavor explosion in the mouth.

I wanted to make my own granola ever since. I scoured the internet, went through cookbooks. And this version I came up with is a mix of all those. The one better suited to my taste buds. It has coconut and almond flakes,nuts,seeds, raisins and gluten free oats as a base. Toasted coconut flakes with maple syrup and cinnamon is my absolute favorite. I could munch on it the whole day. So it was totally my addition to the granola so I could have it as a snack too.

Cinnamon Coconut Granola
by Farwin Simaak April-28-2017
A crunchy flavorful granola with toasted coconut ,almond flakes,nuts, seeds and raisins
Ingredients
Instructions
Pre-heat the oven to 180 degree Celsius for about 10 mins.In a meduim sized bowl, mix the oats,coconut flakes, almond flakes,sunflower and pumkin seeds and cashews.In a pan,gently heat the coconut oil and maple syrup together. Once both are incorporated, add the cinnamon and salt to the liquid and stir together. Take off from fire.Pour the liquid to the dry ingredients and mix well until well coated.Line a baking tray with parchment paper. Spread the granola mix evenly on the tray.Bake the granola for about 15- 20 minutes. You will have to keep an eye on the granola and take it out of the ovenand stir it a couple of times.Take off from the oven when it’s browned and crunchy. MIx in the raisins.Let it cool off and store it in an airtight container for upto a week.
Details

Hello, I'm happy you're here. I'm Farwin, the face behind Love and other Spices. I'm a foodie, recipe creater, photographer and mum to two wonderful boys. Sharing my love for cooking healthy meals and food photography. More About Me..